In October 2018, the Master Magnets brand celebrates its 40th anniversary.  In that time, the Birmingham based Magnetic Separator and Metal Detector manufacturer has developed a reputation as one of the leading technology companies in the recycling, mining and mineral processing industrial sectors. 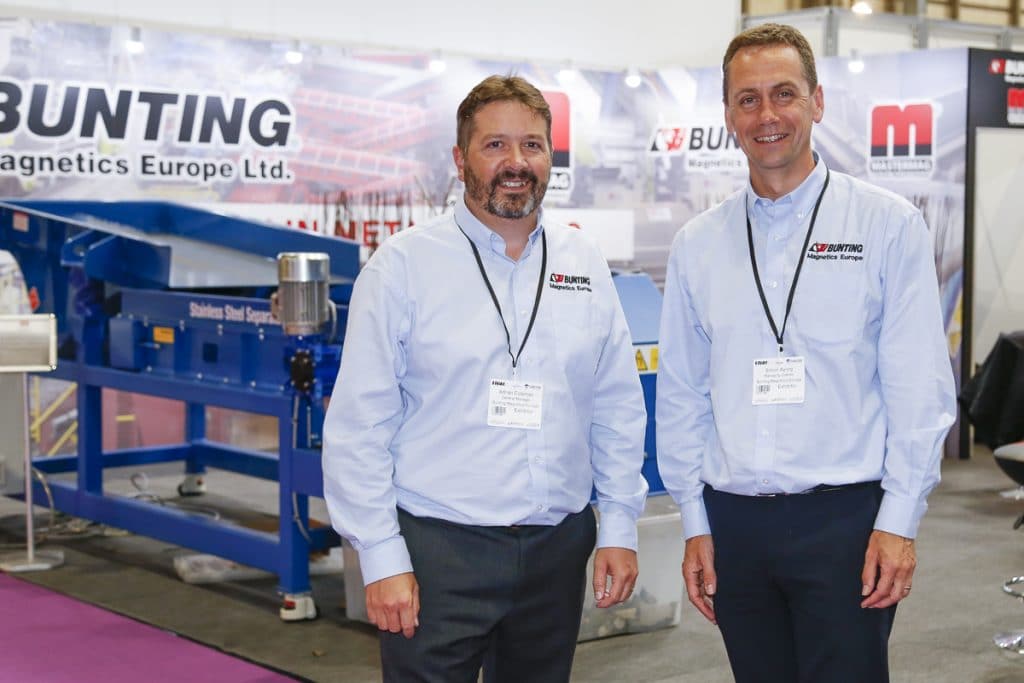 Since January 2017, the Master Magnets brand has been owned by Bunting Magnetics.  Bunting Magnetics is one of the world’s leading suppliers of Magnet related technology.  The European manufacturing headquarters are based in Berkhamsted in Hertfordshire, UK and they have an extensive overseas network of distributors and marketing agents.

Master Magnets was founded in 1978 by Geoff Worley, a qualified engineer with fifteen years’ experience in the magnetics industry.  The company grew steadily throughout the 1980s despite the economic challenges and was perfectly positioned for the increased demand in the early 1990s.

At the time, there was high levels of investment in the UK coal industry and globally located mineral processing projects.  Using his considered knowledge, Geoff and his team of engineers developed a range of magnetic separators specifically for those key industries.  For the coal and mining industries, they developed large Electro Suspension Magnets which would be suspended over conveyors to remove large tramp metal such as pit props and bars.  The drive in Mineral Processing was for higher purity non-metallic minerals.  The team designed the Induced Roll Magnetic Separator (IMR) and established a laboratory where clients could test materials.

As demand increased, the company expanded and made investments in new manufacturing technology including heavy-winding gear for ever-larger Electro Suspension Magnets.  A bespoke super-strength magnetiser, weighing over 14 tonnes, was acquired, one of the largest of its kind in the world. 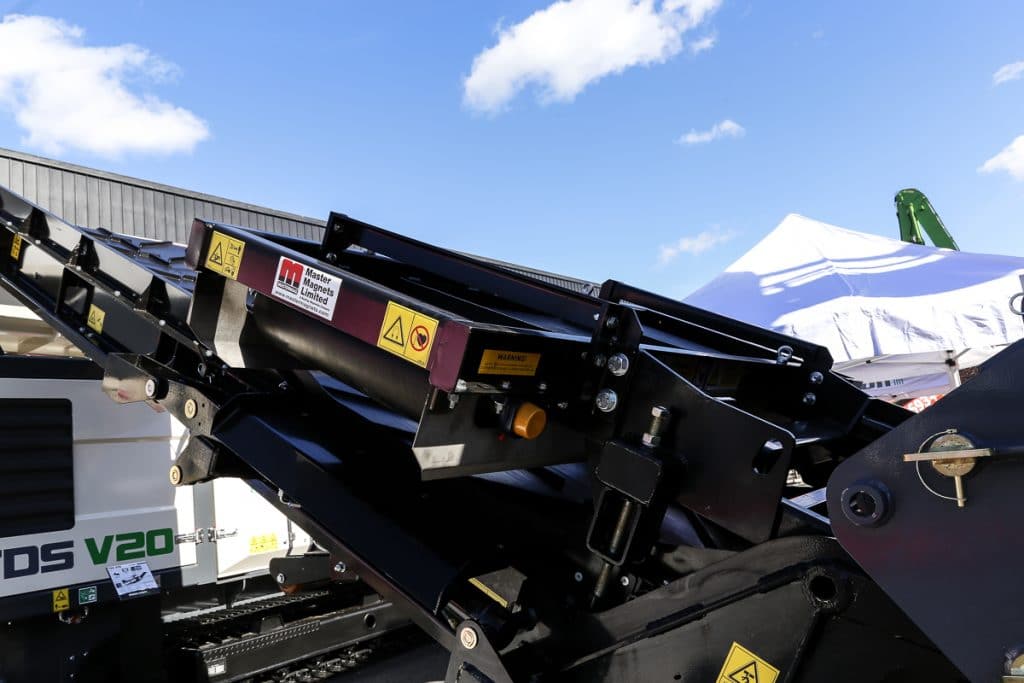 The Master Magnets brand became globally recognisable as export sales increased.  In 2003, Master Magnets acquired the company Integrated Recycling Systems and relocated to Redditch.  Further acquisition took place in 2005 with the purchase of the Metal Detection business.  This further expanded their manufacturing portfolio.  Customers were now able to purchase their metal separation and detection solution from one supplier.

Master Magnets continued to evolve and expand.  Worley took partial retirement and handed the reigns of the business to Adrian Coleman.  Coleman had started his career at Master Magnets in 1984 as an apprentice and witnessed the evolution of the company. 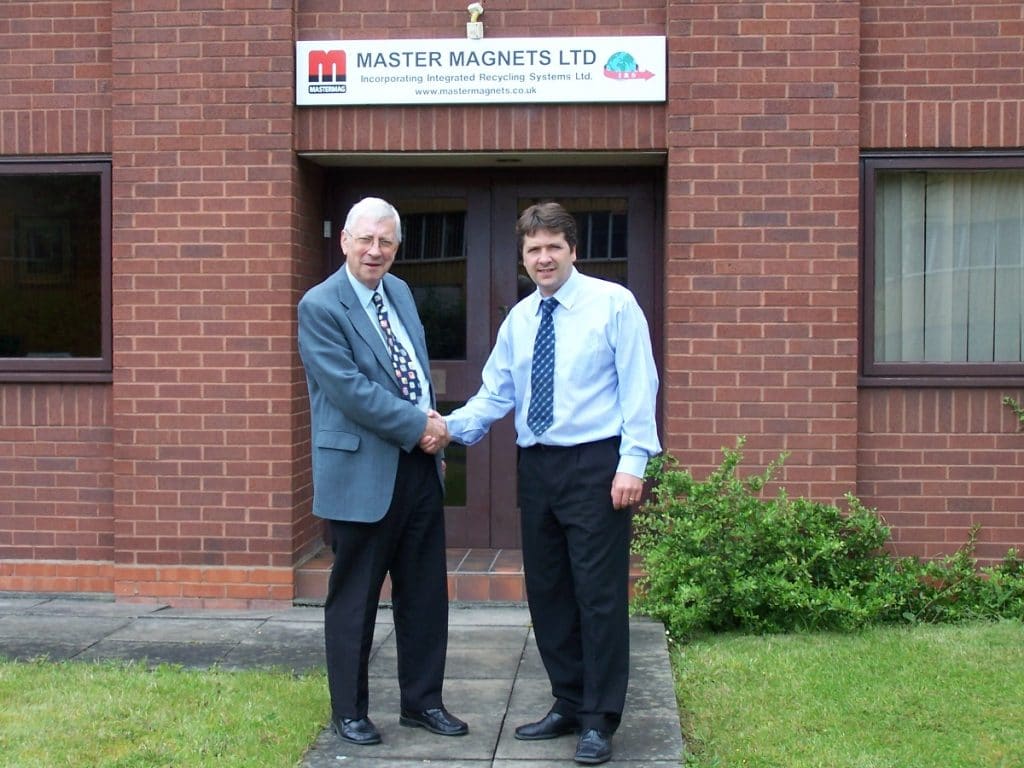 Adrian Coleman with Geoff Worley in 2008

“Master Magnets gave me the opportunity to develop my engineering career,” explained Coleman.  “In 1988, they supported me through a four year Mechanical Engineering course at Birmingham University.  This gave me the necessary engineering skills to join the design office.  As the company grew, I took up the position of Production Manager, before becoming Managing Director in 2008.”

In 2017, Worley agreed to sell the Master Magnets business to Bunting Magnetics.  He foresaw the investment needed to maintain Master Magnets’ reputation as a global leader and identified Bunting as the ideal partner.  Coleman was appointed as the General Manager, an important step that ensured business continuity. 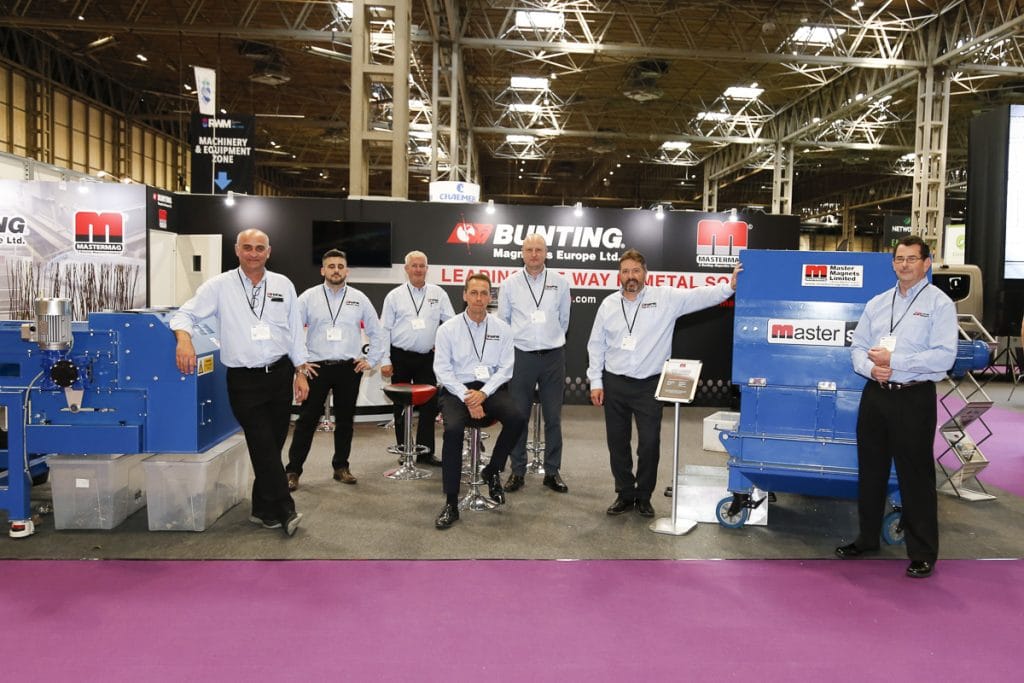 “Master Magnets has developed a long-standing strong identity and reputation as a leader in metal separation technology,” said Simon Ayling, Bunting Magnetics Europe’s Managing Director.  “The acquisition means that we can invest in their manufacturing facility in Birmingham and in the development of new separation technology.  When Geoff [Worley] founded the company, his aim was to produce well-engineered equipment to solve metal contamination and separation problems.  That challenge has been passed onto us and we are excited by the future.”