The Eddy Current Separator is used widely in the recycling industry to either recover or remove non-ferrous metals from non-metallic materials. Different designs enable the separation of small (down to 3mm) and large non-ferrous metals.

To limit production downtime, the model HIC eddy current separator design enables the swift changing of the main conveyor belt. The HIC eddy current separator features a cantilever jacking system fitted beneath the hinge mechanism on the frame. After removing the side guards and the drive belts on the rotor motor, the jacking system lifts and then holds the conveyor from one side. This allows the belt to be easily and simply slipped onto the pulleys. This significantly reduces the time needed to change a belt. 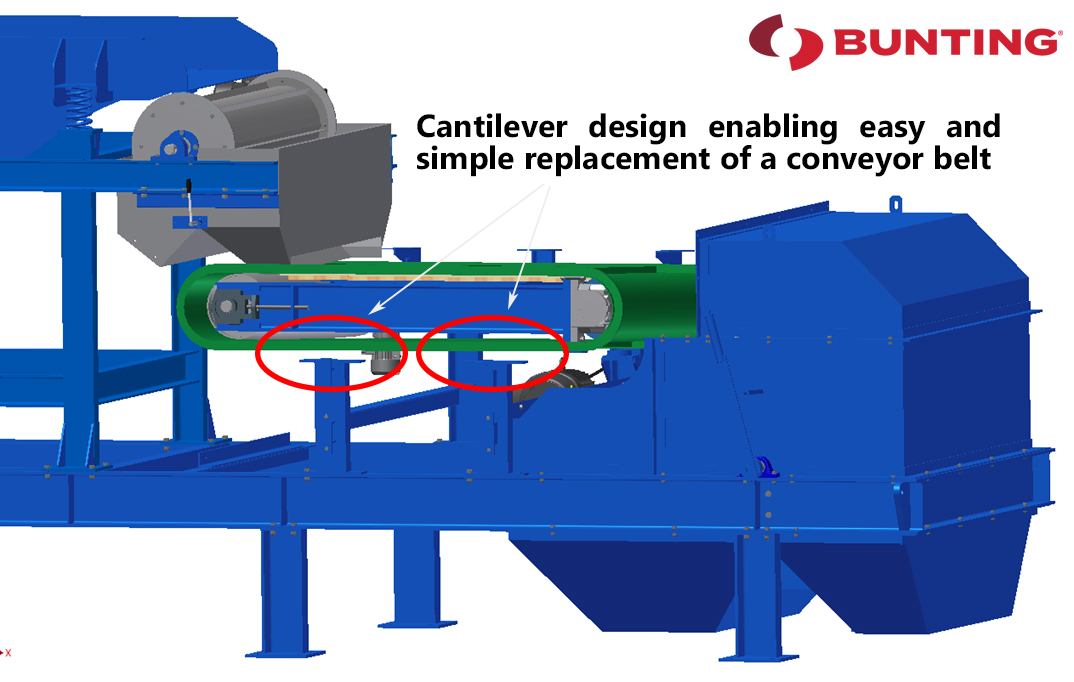 In many other designs, replacing the belt is time-consuming and involves the removal of the main eddy current rotor.

Note:  All stated capacities are for indication purposes only.  Specific capacities are subject to confirmation once an application has been reviewed or after laboratory tests.