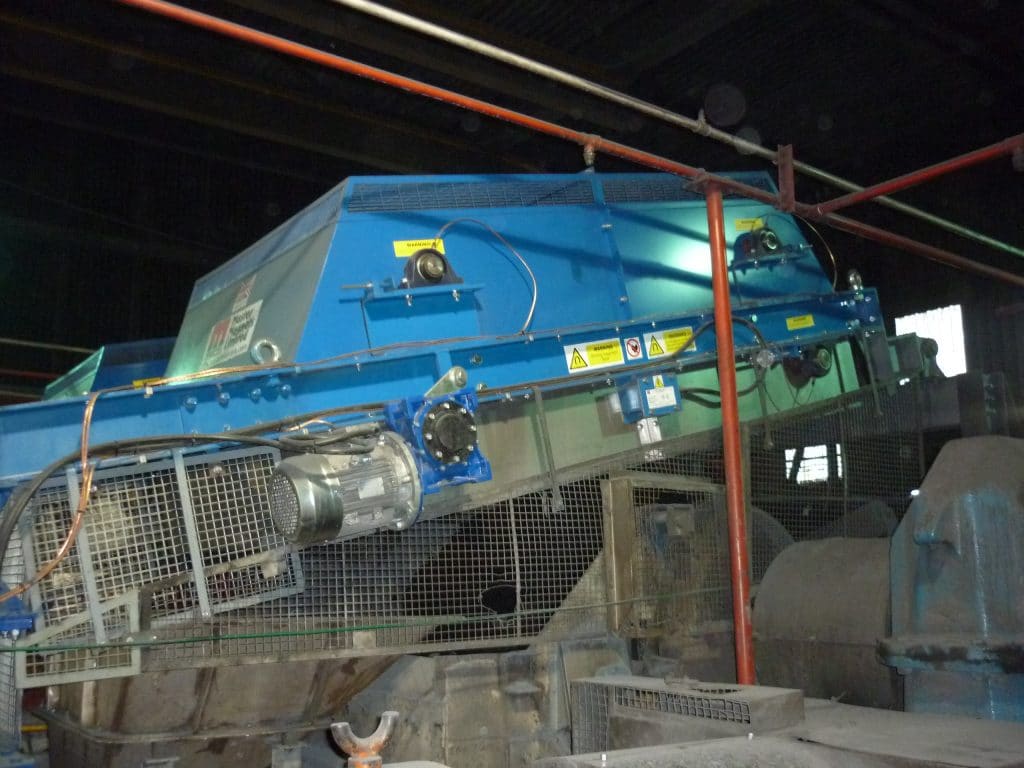 Alstom Power employs some 3,500 people in the UK and is responsible for the maintenance, refurbishment and operation of many of the country’s existing power plants.  The coal-fired West Burton Power Station provides electricity for around 2 million people generated by using four 500 megawatt English Electric turbo generators.

When the power station was built in 1968, the original Electro Suspension Magnets had been supplied by the Birmingham based company Rapid Magnetics and the manufacturing drawings were produced by Geoff Worley, a young draftsman just starting his career in engineering.  In 1978, ten years after the commissioning of the West Burton Power Station, Geoff founded Master Magnets Ltd.  Also based in Birmingham, Master Magnets has developed a reputation as one of the world’s leading designers and manufacturers of Magnetic Separation equipment, especially for coal handling, mining, mineral processing and recycling.

The Heavy-Duty Electro Suspension Magnet is the most powerful suspended magnetic separator in the Mastermag range.  The magnetic field is generated by electric current being passed through an aluminium coil wound around a steel pole piece.  A thick steel back plate or back bar then projects the magnetic field downwards towards the conveyed coal.  Any magnetically susceptible tramp metal, such as steel angle, large steel bolts, etc, being conveyed in the coal moves into the magnetic field where it becomes attracted and lifted up and out of the coal and onto the face of the Electro Suspension Magnet.  Revolving around the Electro Magnet is a self-clean belt that moves and discharges the captured metal into a separate chute.  For optimum performance the magnetic coil needs to be kept cool and this is achieved by filling the steel box housing the coil in oil.  Convection currents within the oil transfer the heat away from the coil to be dissipated through the sides of the steel box.

When Alstom Power needed to replace the originally installed Electro Suspension Magnets, the Master Magnets team of Adrian Coleman (Managing Director), Mark Baker (Engineer) and Dave Lahiffe (Works Manager) went to site to survey the installation.  The conveyors over which the Electro Suspension Magnets were to be positioned were both 1350mm wide and running at approximately 2.3 m/sec.  Up to 1500 TPH of coal was being transported on each conveyor.  Both the Magnets were positioned in-line over a non-magnetic head pulley.  This enables the best level of tramp metal separation as the coal has left the conveyor and starts to open up and splay as it falls in a natural trajectory down into a collection chute.

Alstom Power purchased the two (2) oil-cooled In-line Electro Suspension Magnets (model 100 OCW 40) to replace the originally installed 1968 versions.  The magnetic box of each unit is 1400mm square and 700mm high and the complete system including the discharge conveyor, pulleys and frame weighs 6 tonnes.  The coil wattage is 8kW and this produces 20,000 force index at the operating gap (the distance between the face of the magnet and the conveyor belt), which is 350mm.

For additional information on any size of Electro Suspension Magnet or Permanent Overband Magnet, please contact us on: 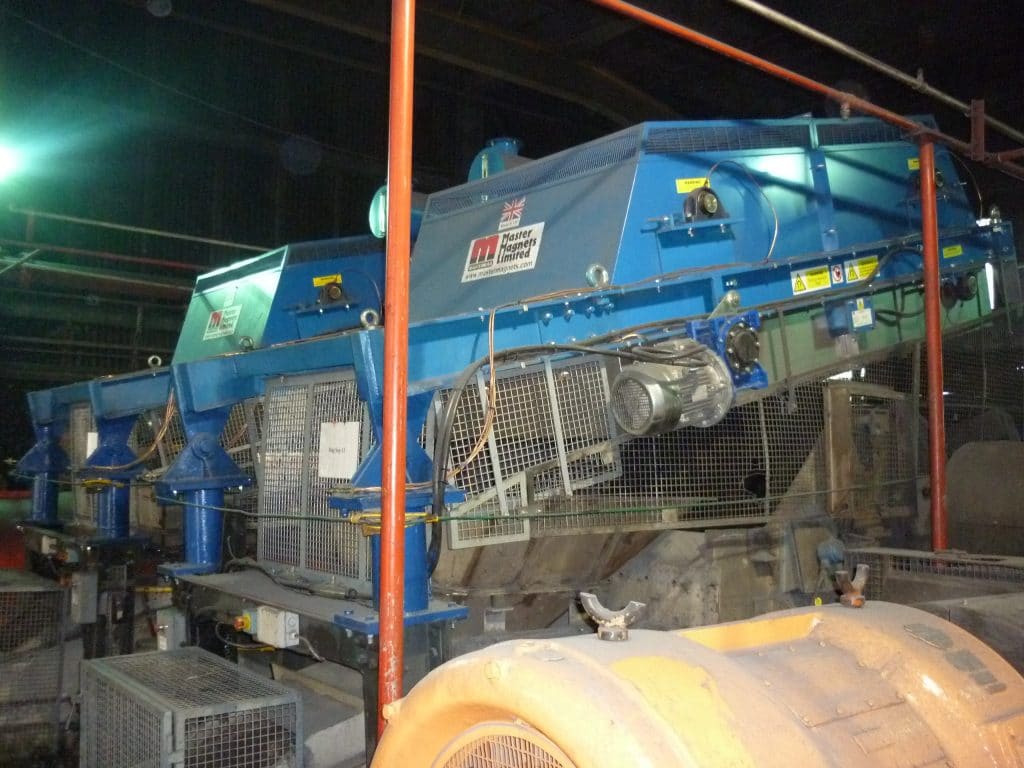