The Magnetic Disc Separator (MDS) is a sorting system equipped with up to three independently working discs which generate magnetic field strengths up to 14,000 gauss. The high magnetic forces that the MDS generates are able to extract paramagnetic particles from a free-flowing, dry product stream (100μm – 1.5mm).

Typically, a Magnetic Disc Separator will feature up to three high-intensity electromagnetic discs, each set at a different height from a feed conveyor.  The first disc will be set the furthest from the feed material, in order to extract only the most magnetically susceptible particles.  The second and third discs are set at lower gaps, increasing the magnetic force at each disc and therefore separating different grades of magnetic material. Magnetic intensity can also be further adjusted by varying the current of each coil to suit each client’s specific mineral separation requirements.

Most importantly, the Bunting design uses one magnetic coil for each Magnetic Disc unlike many other designs that use one coil for multiple discs to reduce the overall cost.  However, compromising on the design will directly affect the separation performance.

Bunting has a laboratory-scale Magnetic Disc Separator located at their Centre of Excellence laboratory test facility in the UK.  Most projects required controlled tests to confirm the separation and operation parameters of a production-sized system.

In operation, dry feed material (e.g. beach sands) is discharged from a hopper onto a Vibratory Feeder tray.  The material is evenly fed onto a thin conveyor belt.  An even and mon-layer of material is conveyed under the rotating high-intensity magnetic discs.  Whilst underneath the magnetic discs, magnetic particles are attracted to the high-gradient magnetic zones.  These captured particles are then carried by the rotating discs to the discharge chutes where they are released.  Scrapers that are mounted on each of the chutes ensure the total discharge of the extracted magnetic particles. Any feed material that is non-magnetic will pass under each of the three discs and discharge at the end of the conveyor.

Each Magnetic Disc is set at a specific level to produce a certain magnetic intensity to separate a particular mineral.  This enables different groups of minerals to be collected at each stage of the process.

Magnetic Disc Separators are available with one, two or three stages of separation.

Bunting has designed and supplied Magnetic Disc Separators for a wide range of mineral processing applications including: 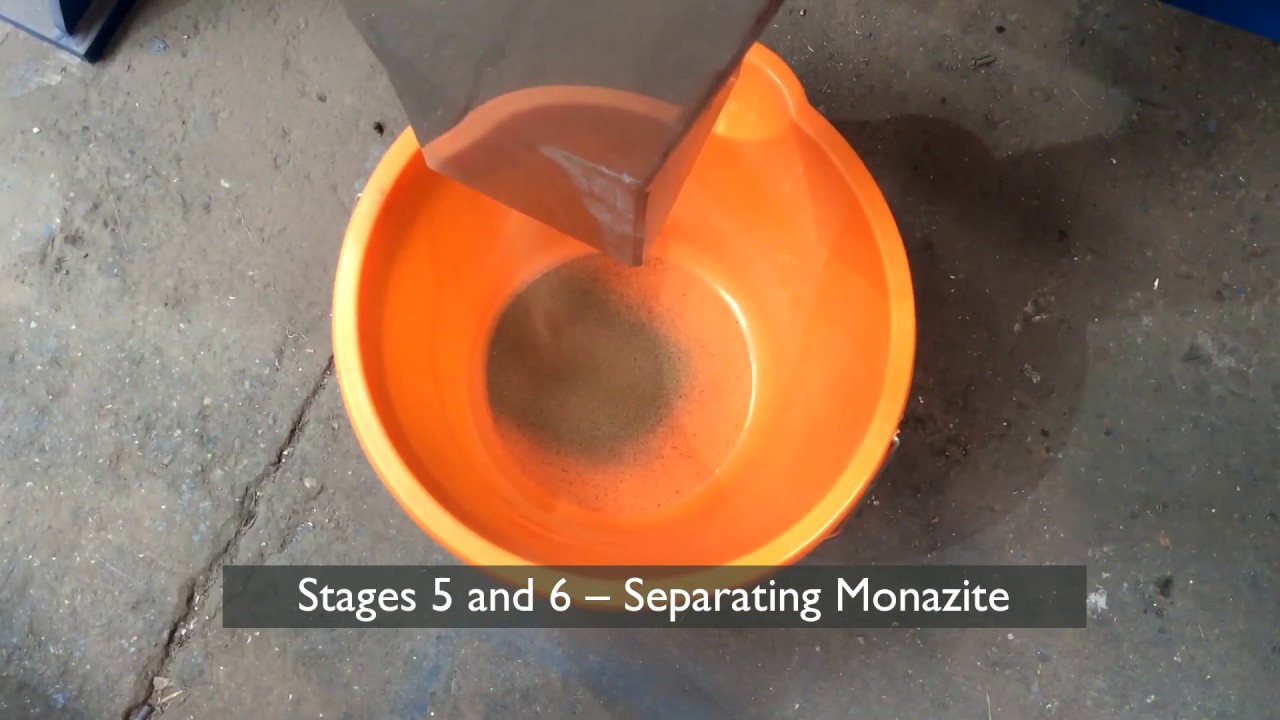 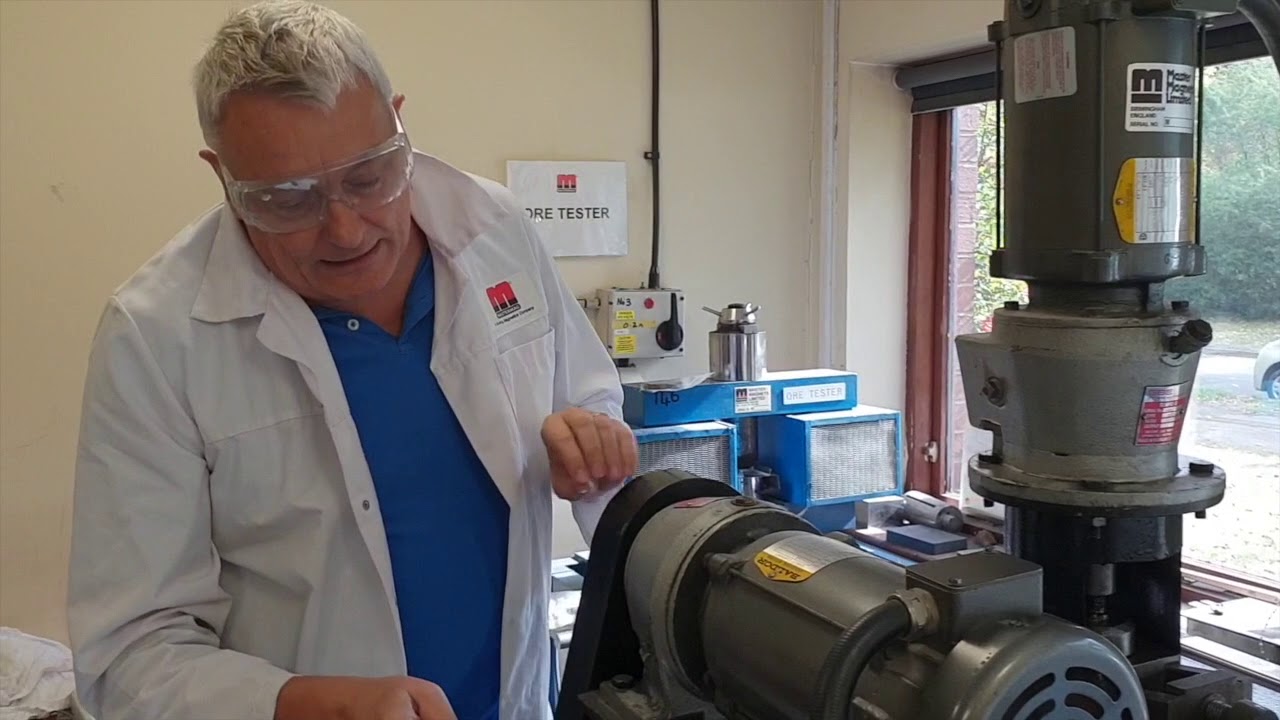 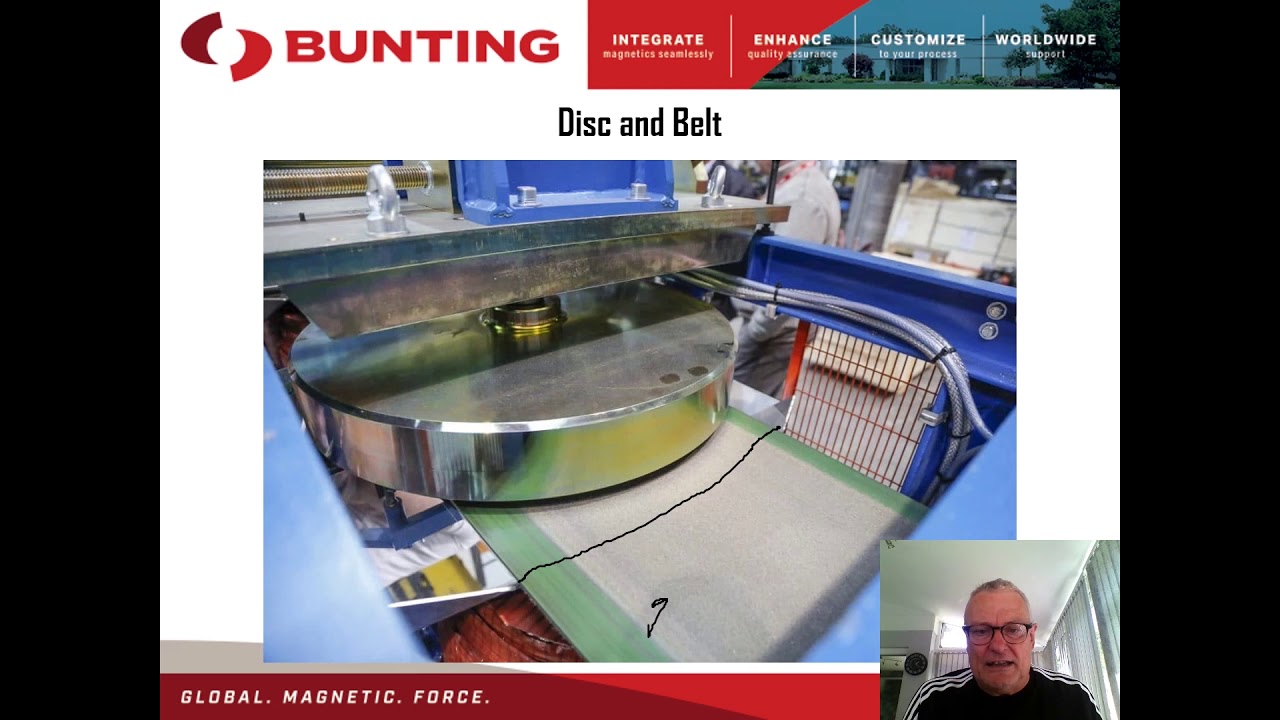